Skincare, Beauty: all curated by our community

Skincare, Beauty: all curated by our community

Hi everyone! how ya’ doin? Hope everyone is doing good 🙂

So upon browsing about make-up stuff on youtube, I found these fabulous Bobbi Brown Make-up tutorial posted by thevoguerussia, albeit a little bit older. And I fell in love with the look the first minute I saw it. Worth to share I believe ^-^

This is my all time favorite make-up tutorial from thevoguerussia! Oh
boy~ The model look super pretty, somehow she escaped darkcircles, even without concealer >.< you agree? The pinkyness on the eyes is subtle, letting the vivid lips become the vocal point. Sweet and romantic, the make-up would be
perfect for valentine’s day~♥ Simple yet so stunning.
pictures of pink make-up by Bobbi Brown:

This video makes me want to buy Bobbi brown cream blush/pot rouge. She used her finger to blend the color in, and the color looked so subtle and pretty, giving her a healthy flush~♥ Totally love this look!

I love how silver eyeshadow from Bobbi Brown makes her eyes popped out and looks even more stands out! It’s all about shimmer and metallic shade~♥ Very pretty and sparky!
And some pictures from silver make-up by Bobbi Brown:
The final result, I love how the MUA used her finger to blend in the eyeshadow cream (yet again) hahaha~ finger is the most expensive and versatile Make-up ‘tool’ I reckon.  The undereye concealer is super thick too, but it doesn’t seem to look cakey on the vid. The eyeliner is barely visible, so somehow she still looks natural imo.
——-


Some photo of the process:

Pin
The name of the model is Yulia Krashevskaya.She looks undeniably gorgeous and amazing. Loving the nude lips and the soft cheek color too, the vocal point is on the eye. I LOVE the MUA! Can anyone (maybe those who live in Russia) mention the name of the MUA? I’d be so grateful~!
Which one is your favorite? Mine is the pink make-up. It’d be perfect for the special valentine’s day! :3

What do you think?

Browse and manage your votes from your Member Profile Page 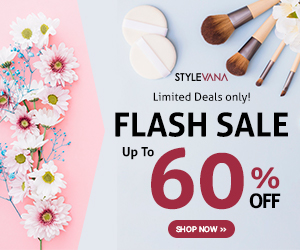 © 2021 by Glowing Gorgeous. All rights reserved.

Back to Top
Close